Fado na Baixa offers a concert in a small auditorium where live music coexists with an exclusive documentary about Fado (translated into Spanish, French or English with audio-guides). It is a musical and didactic experience and is the only regular event in Porto where Coimbra Fado is also sung.

Tickets cost 19€ (includes a glass of port) and the one-hour show is performed every day at 6:00 pm.

As usual for a Fado concert without dinner, Fado na Baixa proposes a one-hour show in the late afternoon with the offer of a glass of port.

The concert takes place in a building near Ribeira do Porto where the granite walls host a small and cozy auditorium.

The show explores the different manifestations that Fado had throughout its history and is divided into five parts: Traditional Fado, Portuguese Guitar, Coimbra Fado, Amália Rodrigues, and Present.

Each one begins with an excerpt from a documentary in which we hear stories from Fado personalities that help us to better understand what the artists will present. In each part two songs are interpreted.

Note that here, unlike the other places, you will also have the opportunity to hear Coimbra Fado. This style, strictly speaking, is called Coimbra Song. It is associated with the university students of this city and is very distinct from Fado, which was considered Intangible Cultural Heritage of Humanity by UNESCO.

Is this Fado experience for me?

If, in addition to Fado, you want to hear Canção de Coimbra (often called Fado de Coimbra), this is the only option. In addition, if, along with the music, you value a didactic experience, through the documentary integrated into the show (translated with audio-guides), this show is for you.

But if you want to hear Fado without dinner in a more informal way and without a documentary between songs, take a look at Ideal Clube de Fado show.

If you are looking for a place to listen to Fado at night and during dinner, click here to see the places with Fado and dinner.

Buy your tickets with the best price guaranteed on Tiqets. Just pick a date below and click on Book now. 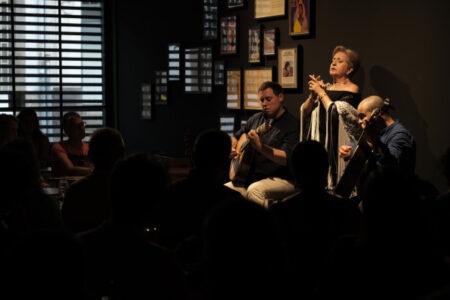 Ideal Clube de Fado is a group of artists that offers the only show in Porto entirely dedicated to the most authentic tradition of classic Fado. 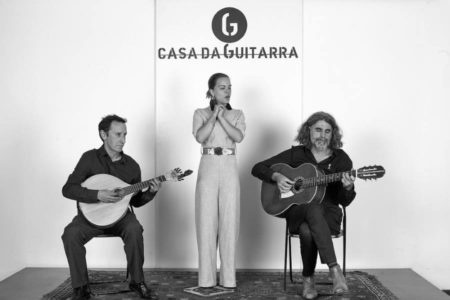 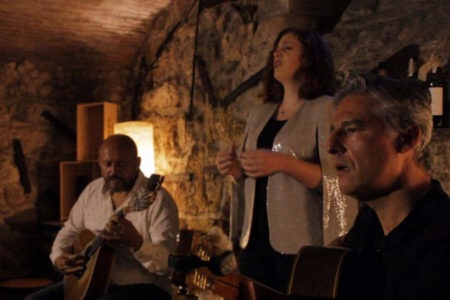 A Casa do Fado offers a show in an old Ribeira basement with a short explanation in the middle of the concert.

We use cookies on our website to give you the most relevant experience by remembering your preferences and repeat visits. By clicking “Accept All”, you consent to the use of ALL the cookies. However, you may visit "Cookie Settings" to provide a controlled consent.
Cookie SettingsAccept All
Manage consent

This website uses cookies to improve your experience while you navigate through the website. Out of these, the cookies that are categorized as necessary are stored on your browser as they are essential for the working of basic functionalities of the website. We also use third-party cookies that help us analyze and understand how you use this website. These cookies will be stored in your browser only with your consent. You also have the option to opt-out of these cookies. But opting out of some of these cookies may affect your browsing experience.
SAVE & ACCEPT
Buy tickets